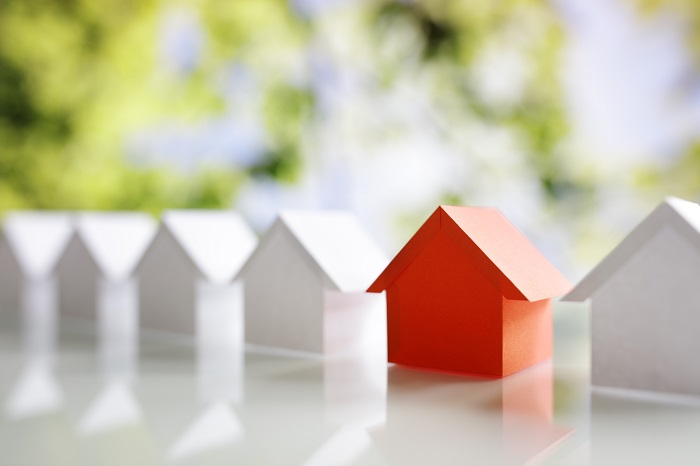 We imagine that by now, there’s a little COVID fatigue amongst the majority of you. After all, there are only so many news reports – all of which generally point to economic uncertainty – that one person can stand.

So, we’ll keep this as brief and upbeat as possible.

Amid all the uncertainty the UK’s currently faced with, there is one thing that you can be certain of, and it’s that finding yourself on a standard variable mortgage will significantly increase your mortgage payments. Another certainty is that by remortaging – ideally before you default to the standard variable rate (SVR) – you will save money on your mortgage.

Despite the impact of COVID-19, there are still great mortgage deals available on the market, so there’s really no excuse to settle for the SVR – ever.

According to research from comparethemarket.com, those about to fall onto the SVR could face paying an additional £2,000 a year – or just under £170 per month – in interest. The same research also suggests that up to 850,000 homes could be impacted by this within the next six months.

Our team of Guildford mortgage brokers are really hot on this, and we always ensure that all of our existing clients are made aware of when their current mortgage deal ends and the SVR mortgage begins. However, if you’re not one of our clients and aren’t aware of when you’ll enter SVR territory, then you’re unlikely to know until you spot an increase in your monthly mortgage payments.

The way to address this is easy. All you need to do is call Complete Mortgages on 01483 238280 or email info@complete-mortgages.co.uk and we’ll quickly establish where you are with your current mortgage, and offer you some options as to where you could be by remortgaging.

In these uncertain times we’d encourage you to fix certainty wherever you can – and getting a better mortgage is one way in which to do this, particularly as we don’t know what’s around the corner when it comes to interest rates.

Whether you’re looking to remortgage, get a first time buyer mortgage or arrange a buy to let mortgage, our team of experienced mortgage brokers in Guildford are here to help.

By Mark Finnegan at Complete Mortgages 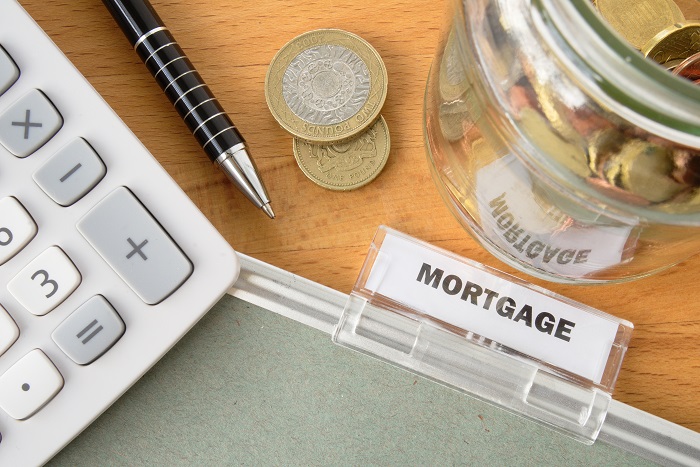 For many, getting a remortgage can be a daunting process. Add a global pandemic into the mix and it can all be all too easy to pull down the shutters, stick your head in the sand and make do with the standard variable rate mortgage (SVR) – even if just for a little while.

Honesty is always the best policy, so I’d like to start with a couple of simple truths.

First truth: arranging a remortgage with a mortgage broker is easy

Well, it should be – if you’ve picked a good mortgage broker.

Our team of remortgage experts will be able to identify a new mortgage that suits you very quickly. The only thing you need to do is pick up the phone and call 01483 238280 or email me us info@complete-mortgages.co.uk.

Second truth: we will only suggest you change lender if it’s in your interest

If it’s not, we won’t – and if that happens, you’ll have had FREE mortgage advice as you won’t have to pay a fee.

If, after searching for a better mortgage deal, we deem that staying with your existing lender is the right option for you, then there’s no fee and minimal paperwork involved in jumping onto another mortgage. You’ll also have the peace of mind and protection associated with using a mortgage broker in coming to that decision. If another lender offers a more competitive mortgage deal, then we’ll manage the entire process for a fee of £399.

Hasn’t Covid-19 changed all this?

If you’re simply looking to remortgage or explore your options when it comes to getting a new mortgage, then our virtual mortgage broker service means that you don’t need to meet us face-to-face as we can do it all over the phone. You can read more about that here.

Don’t let Covid-19 put you off saving money on your mortgage. We’re a Guildford mortgage brokerage that can get you the best mortgage deals and help you tick ‘sort new mortgage’ off your to-do list in no time. Contact me on 01483 238280 or email ben@complete-mortgages.co.uk. 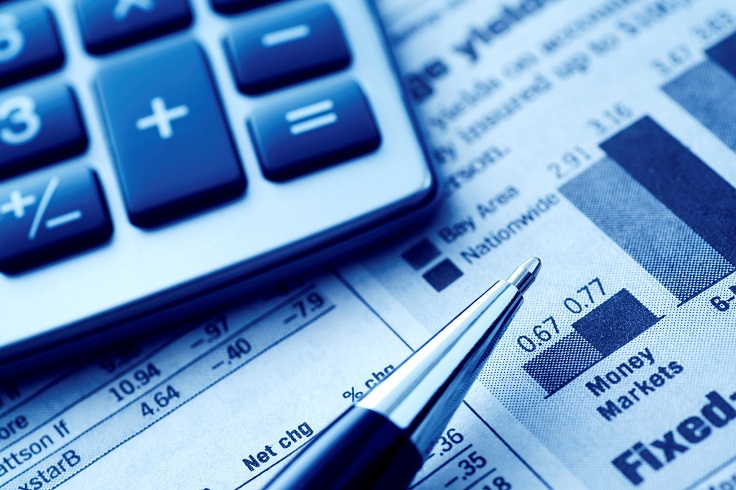 This is a question that we hear time and time again. Thankfully, as a Guildford mortgage broker, it is one that we can answer.

However, before we get into the detail, it’s worth pointing out that recent data released through UK Finance revealed that 46,900 new homeowner remortgages were completed in July – over 23% more than the same period in 2017.

Furthermore, the value of renewed borrowing in July was £8.7 billion, which equates to more than 26% than in July 2017.

Is the UK a nation of intuitive homeowners, given how The Bank of England raised interest rates to 0.75% the following month? Or were these homeowners simply savvy and preparing themselves for an interest rate rise on the basis that, after years and years of low interest rates, it was only ever going to go up?

The simple fact is that there’s nothing like an interest rate rise – or even the threat of interest rates rising – to sharpen the focus of those with mortgages. After all, nobody wants to be caught short and faced with increased monthly mortgage payments that stretch the realms of affordability.

As I’ve just covered, remortgaging – particularly when it comes to fixed rate mortgages – could protect you from interest rate rises and ensure that your outgoing monthly mortgage payments remain fixed in line with your monthly income (or at least fixed at a level you’re comfortable with). With many fixed rate mortgage options covering periods of up to 10 years, those who like to know where they are when it comes to mortgage payments my find this appealing. But remember, The Bank of England can also lower the interest rate at any time, too.

If your current mortgage deal is about to end then you are likely to be switched over to the lender’s standard variable rate (SVR), which is highly likely to be higher than the one you’re on right now. Remortgaging is a great way of arranging a mortgage with a preferred rate and avoiding the SVR.

3. The equity in your property has grown

If the value of your property has increased since you took out a mortgage, then you may fall under a different loan to value bracket. If the loan to value ratio is smaller, then you might qualify for lower rates.

4. You’re tired of the inflexibility of the fixed mortgage

Whilst the fixed rate mortgage is great for those wanting security and consistency, they often come with a few negative aspects, too. For example, they tend to place limits on how much you can overpay – and penalise you if you pay more than is allowed each year. For example, if you were to receive an inheritance that would, in theory, pay off a significant amount of your mortgage, you may find yourself unable to do so without incurring fines. As part of the remortgaging process, you can wrap any windfalls into the new agreement, thus avoiding fees and arranging a new mortgage with a much smaller balance.

5. You are looking to borrow more, not less

People are always looking to move into bigger and more expensive properties. If that’s you, then there may be competitive mortgage deals available that enable you to borrow more capital without the monthly repayment being as big as you might think it would be.

As with these five reasons to remortgage and the countless others not covered here, the best way of understanding how you can benefit from remortgaging is to contact a mortgage broker. As an award-winning mortgage brokerage in Guildford that deals with remortgages on a daily basis, we can help. Simply contact the team on 01483 238280 or email info@complete-mortgages.co.uk. 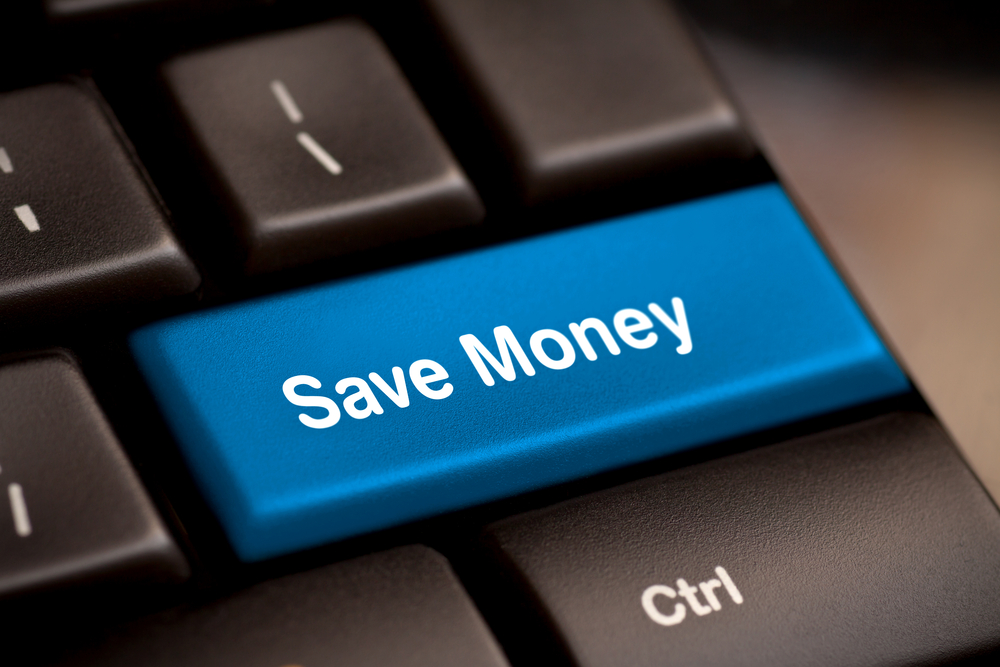 Thinking of remortgaging? Considering using a mortgage broker but you’re just not quite sure how – or why?

If so, read our Q&A, which features alongside other eminent UK mortgage brokers on Selling Up – the online estate agents guide.

Or, if a click is too far away, simply read the responses by Mark Finnegan, Director at Complete Mortgages, below.

How soon before my mortgage expires should I be thinking about remortgaging?

On the basis that most mortgage offers are valid for three months, my advice would be to start thinking about remortgaging around four months before your current deal ends. This will give you time to get all of your paperwork together and us time to source the best available product for you.

Remember, the mortgage market is exceptionally competitive at the moment and there is an abundance of ‘cheap mortgages’ available; for example, there are many five-year fixed rates that would see homeowners pay less than the current standard variable rate (SVR). As a result, it’s always worth keeping an eye on the market.

We contact all of our customers approximately four months before their deals end as part of our service, which means that there is no chance that they will absentmindedly ‘slip’ onto the lender’s SVR.

Is there ever an argument for remortgaging before the mortgage expires and paying an early repayment charge?

This really depends on what you owe versus the level of your early repayment charge, which can vary from 1% to 5% of the amount owing.  Either way, the larger the mortgage the more you will have to pay. More often than not the answer is “no”, but it is always worth speaking to a reputable mortgage broker that provides a free initial consultation. Professional advice is invaluable and will help you to make a fully informed decision.

What advice would you give about how to choose the right mortgage broker, and are there any red flags to look out for?

A personal recommendation by a friend or colleague is usually the best route.  If you are searching online, look out for a broker whose website clearly lays out their services and has good customer service ratings. In terms of “red flags”, I would say that a broker with an out of date website might not be very active in the market or as knowledgeable when it comes to the external factors that affect mortgage rates. Likewise, a good broker will offer valuable advice, recommendations and tips online. Read what they have to say and, if you like their approach, get in touch.